The day was bright, warm and sunny compared with Saturday and we had the following attendees:

Michael Thompson – Squashed in the back of a Defender J

And Mackenzie Toten driving her dad’s Defender on L Plates

We started the day by having a chat for an hour or so about the different vehicles and the differing features that each had and then followed convoy procedure to head over to Paddys Corner where we stopped and had a chat about recovery techniques and equipment before we tackled the first steep ascent up Bullens range with some vehicles having dropped tyre pressures to enable an easier climb.

With all vehicles successfully negotiating the first part of the climb we stopped at the summit briefly before continuing along the track and gathering around the creek crossing for lunch.

Fred discovered that Cotter cave was not a figment of his teenage imagination and did really exist much to his surprise, in fact not only is there a cave but an old copper mine there as well. For Interest I have attached the ACT government heritage document.

After lunch we headed back across the range in the return direction, covered the track without stopping and returned to the Paddys River picnic area where we aired up and said our farewells at about 3Pm.

In all a good day was enjoyed, most of us learned a little and we introduced two new members to the club. 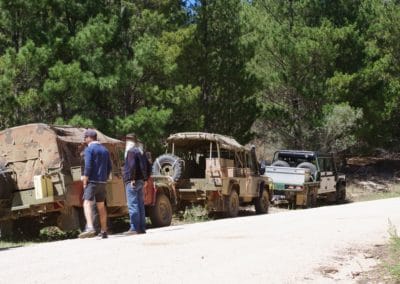 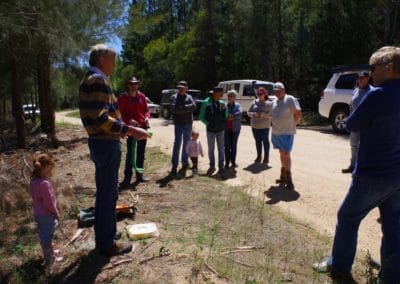 Michael and His Assistant Instructor 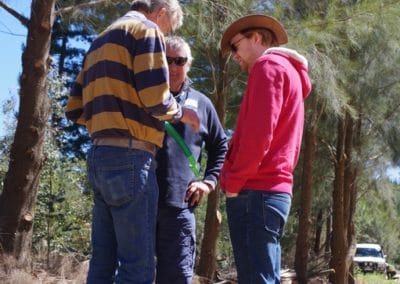 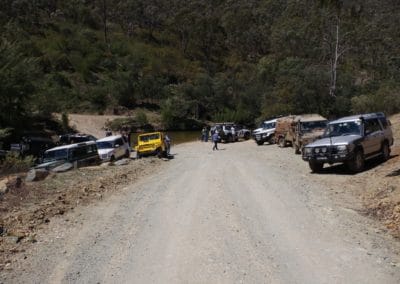 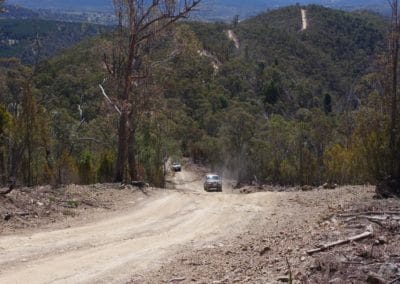